We’ve all heard about genetically modified food, but many of us don’t know that much about it. What does it really mean, what foods are genetically modified and why should we care? To help us all become more informed about this food issue, we recently connected with Suzanne Bertani. Suzanne was a 2012 Top 30 Vancouver Mom Blogger for her blog Mommy Footprint. She writes about all things green and sustainable, including issues related to food. Here’s our interview with her about genetic modification, and the current hot-button issue here in BC of the genetically modified apple.

What is Genetic Modification?

Genetic modification changes plants or animals by inserting genes or pieces of DNA from other plants or animals at the molecular level. This is different that a hybrid seed because we are talking about species that would never breed in nature.

Why Should Moms Care About Genetic Modification?

Genetic modification or genetically modified organisms (GMOs) are not adequately tested. Health Canada and the producers of GMO products have not run third party testing or animal studies on the effects of consuming GMO food. We are relying on data supplied by companies that have produced this food for profit and convenience. With the rise of allergies, health problems linked to the gut, and environmental concerns, moms are concerned about GMOs in our food system and are doing their own research.

How can you avoid genetically modified foods?

The four major GMO crops are sugar, corn, canola and soy. Now turn over a box of any store bought, processed food in your home that isn’t certified organic and you’ll find a derivative of one of these four ingredients. So first limit processed or packaged foods that you buy. When buying convenience food, if it’s certified organic and Non-GMO verified, you can be assured it’s not GMO. Eat organic meat and fresh produce. Meet farmers at Vancouver Farmers Markets, ask questions and find trusted and reliable food sources for your family. A great quote by Michael Pollan: “If we outsource all of our cooking to corporations, they will only buy from big companies, big farms. They are not going to buy from small farms,” Pollan said. “So the continuation of [the local or organic food] movement … depends on people continuing to cook or reviving a culture of cooking.” So – try to make and bake more food yourself to avoid GMOs for your family.

What are the Issues with Genetically Modified Apples, Specifically?

A small BC company called Okanagan Specialty Fruits has asked the Canadian government to approve a genetically modified “non-browning” apple. Consumers feel that a non-browning apple is deceptive because they are designed to look fresh when they are not. Because Health Canada hasn’t conducted any animal feeding trials to test the safety of eating genetically modified apples, we are relying on one company’s opinion that it’s safe. We also need to be concerned about contamination. If one orchard is allowed to proceed with genetically altered apples, the possibility of contamination exists with nature and cross pollination. Did you know the Ambrosia apple originated in a compost pile? Nature is a powerful force that keeps its incumbents intertwined. We don’t want the future of all BC produced apples contaminated with untested technology – at that point it will be too late to reverse the non-browning technology.

What Actions are Taking Place Around Genetically Modified Apples in BC?

We have a date in the Legislature in mid-May when an MLA will present his motion for a moratorium on the non-browning apple, with signed petitions from British Columbians in hand. We can all take action by downloading the apple petition from www.gefreebc.wordpress.com/apple and gathering signatures before May 6, 2014. You can also write or call your MLA and ask him or her to support the moratorium on the genetically modified apple, and write to the BC Minister of Agriculture asking for the promised review of the 2012 Union of BC Municipalities resolution for a ban on all genetically modified tree fruits. Finally talk to, email to or call your local grocery store managers or head offices and ask them not to buy or sell the genetically modified apple. There is also a #NoGMapple Twitter Party on April 23, 2014 at 6:00pm to learn more from each other. 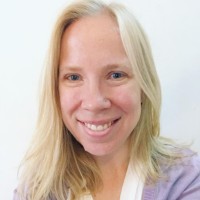 4 important things to do once you have a child