Carsen Gray and Lynn Hughan are self-identified “artsy creative types”. Inspired by one another’s talent, the mother and daughter collaborated to create a children’s book. “Twelve Months of Fun on Haida Gwaii with Mattie and Jojo” shares the adventures of Gray’s children, Matisse, 5 and Josette, 2. The story explores the family’s favourite activities month by month as they enjoy the festivities and natural beauty of Haida Gwaii, an island off the North Coast of BC, about 1,715 km from Vancouver.

“I’ve always been super proud of my mom’s artistic talents and thought it would be great to showcase them in a story based around my children,” shares Gray who is also a singer, songwriter and recording artist. “The kids are so adorable; we go on a lot of fun adventures on Haida Gwaii.” Gray and Hughan co-authored the story and Hughan’s rich, colourful illustrations bring the scenes to life. The book features and is dedicated to Gray’s late grandmother, Nanaay, who passed away in March.

Gray and Hughan wanted to share the activities Mattie and Jojo love, with kids around the world. “Children on Haida Gwaii love to take part in berry picking, getting crabs and other seasonal activities,” the two explain. “We thought, why not go through the months of the year in the Haida language and make the book an educational language resource too.”

The book features many words in both Haida and English. An audio book recording reads the story aloud in both English and Haida translation. The book includes maps and details Haida Gwaii’s landscape with the Tang.GWan (ocean,) Chiixwaay (beaches), Hlk’inxadaay (forests) with giant Ts’uu (red cedar trees).

The story shows a special relationship between siblings as they participate together but in different ways across the season’s activities. I love the focus on community, a closeness to the land and animals as well as the intergenerational relationships. The journey through the months showcases the similarities and differences between life in Vancouver and in the Northern part of our province. While my children don’t hear pods of orcas using their blowholes as Mattie and Jojo do, they were excited at the idea of flying kites on the beach and thinking ahead to handing out treats on Halloween.

‘Twelve Months of Fun on Haida Gwaii with Mattie and Jojo’ paints a beautiful picture of life on Haida Gwaii. The connections to nature, family and culture are woven throughout and the Haida language is beautiful. This book is lots of fun and sparked important conversations around language, geography, culture and history.

The audio book with Haida translation is available here

Buy the book here or ask for it at your local bookstore. 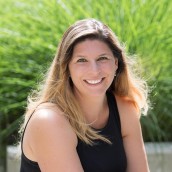