Outdoor skating rinks in Metro Vancouver and beyond

Where to find the best bras in Vancouver.

Vancouver Mom Hillary Westover on Teaming up Against Cancer

If you’re looking for spine-tingling, zombie-fied adult fun for Halloween in Vancouver, look no further that the latest show by The Virtual Stage, The Zombie Syndrome.

On Death’s Door: Plague of the Zombie Syndrome

Citizens are being challenged with a high-stakes mission to save the world before the deadly Zombie Syndrome spreads across the globe, destroying mankind. Unfortunately, the Centre for Disease Control has recently discovered that the genetic material active in the Zombie Syndrome virus is somehow being laced in a highly potent and extremely addictive street drug called “Death’s Door”. Officials from the Department of National Defense, desperate for reinforcements, are calling audience members to duty.

In this all-new interactive, smartphone-enabled, thrill-seeking and clue-breaking adventure, audiences must infiltrate the shady criminal network responsible for creating and distributing the Death’s Door drug, stem the pandemic, and save the world. Elite participants will be informed of the secret location’s rendezvous point in Vancouver, BC from October 7 to November 2, 2014.

We arrived at our meeting point exactly on time, which was important apparently, but had to wait a few minutes, probably for effect. Unnerved, we glanced constantly over our shoulders, looking this way and that, wondering how we’d begin.

Suddenly we were called to attention by ‘our’ sergeant who quickly explained what we were there to do (and sign consent forms that stated if we were bitten we would be quarantined to protect the other agents)…well that didn’t really happen but it should have because, man, we were chased a few times by people who were clearly not human anymore.

We were shuttled to an underground parking lot where the mission was explained and we were assigned duties. I can’t give too much away as our mission was highly classified (we weren’t allowed to take photos either) but I can tell you one thing. Our job was to investigate and save a very prominent person’s daughter that had been kidnapped. And that there was a drug lord we had to find and get past who ‘may have been experimenting’ with Death’s Door, the street drug that was turning people into walkers.

I love that the zombies were being  called walkers, being the huge Walking Dead fan that I am.

How Did it Turn Out?

The outcome of our Zombie Syndrome mission was determined by the decisions we made as a team. It was clear that the actors played off our reactions as the story wound it’s way through. At one point we had to find an address that the actor we were with didn’t know. That made it more fun. And the walkers that jumped out at us made for a more ‘realistic’ experience.

Our team The Terminators wasn’t so fortunate (or smart?) in that our mission only lasted about 75 minutes. However, we scored better than a few of the teams (2160 out of 3000 points) that attempted this mission. Maybe if we had a better name? Oh well. You can check your team’s ranking on the Audience Leaderboard on The Virtual Stage’s website.

Wear comfortable shoes and prepare for rain if you participate in The Zombie Syndrome. The mission takes you in and around an area of town – but we can’t say where, because it’s top secret. We were taken up stairwells and alleyways, to the top of a building for a stakeout, you find yourself looking around every corner to check for the undead.

I loved the immersive experience of this production however I wished that the story was a bit less dark, I suppose. Of course when there are zombies walking the streets that’s a pretty dark place to be but I didn’t dig the drugs and prostitution element of the story. But the truth is that is a very real side of most cities around the world and thankfully, the zombie factor is still only in our imagination.

The Zombie Syndrome ENDS on November 2, 2014 soget your tickets today! Save the world. Don’t get bit.

The Virtual Stage is a Vancouver-based theatre company dedicated to the investigation of emerging technologies in live performance. 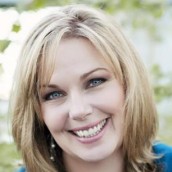 No Childcare? No Problem! Parent Night Out Drop-ins

Top Halloween Shops: Where to Shop Kids Costumes in Vancouver