Get Ready for Summer with Thule!

The Children’s Festival will Ignite Your Child’s Joy!

6 Must Visit Murals for the Downtown Mural Langley Walk

Wondering what to do in Vancouver for some holiday cheer? Maybe even – dare to dream – a chance for a date night with your main squeeze? The Arts Club theatre has packed both of its Granville Island venues with lively performances to get you laughing through the holidays.

What to do in Vancouver for Holiday Cheer

Fans of humourist David Sedaris will love The Santaland Diaries, a tale about his experiences as an elf at Macy’s during Christmas. Originally debuting as an essay Sedaris read on NPR in 1992, you’ll hear about the Vomit Corner Elf and the Cash Register Elf. This one is a real holiday treat for adults and definitely not for children.

Written by Nicola Cavendish in 1984, It’s Snowing on Saltspring is an Arts Club Christmas classic that’s been updated to fit modern times. It’s Christmas Eve and Bill Bannister isn’t in the mood. Perhaps a trip to North Pole will get him into the Christmas Spirit? Like The Santaland Diaries, you’ll want to keep the kids at home for this one.

On until December 28, 2013 at the Arts Club Granville Island Theatre.

Find yourself a babysitter, and add one or both of these to your list of what to do in Vancouver this holiday season for a little bit of grown-up fun! 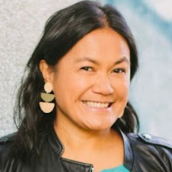 What to do in Vancouver This Easter Long Weekend

Passover Activities you Mat-zah Check Out This Month

Trending: Spring Into Easter With These Family-Friendly Activities